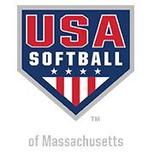 NVSUA offers training one or more times per year consisting of Classroom/Zoom Sessions for rules and general knowledge followed by on the field hands-on training in the spring and as needed.

Nobscot Valley Softball Umpires Association, Inc. (NVSUA) was formally established in the mid 1960's. NVSUA is a 501(c)3 organization and is affiliated and governed by the policies and playing rules of the USA Softball​ which is the National Governing Body of softball in the United States. NVSUA has three (3) major objectives, as follows:

1. Train men and women to administer USA Softball playing rules in the capacity of umpire to players within town/leagues that are under the jurisdiction of NVSUA.

2. Promote a safe and enjoyable environment for all players/towns registered with USA Softball.

3. Work with coaches and players to increase their knowledge of softball.